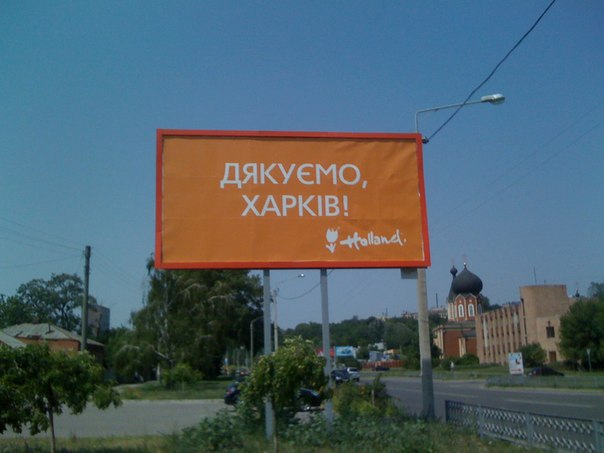 Today our manager threw a picture on which there was a huge billboard with the inscription “ Dyakuёmo, Kharkiv! Holland . I immediately remembered those joyful days filled with festive turmoil, when there was a feeling that there were more foreigners in the city than Kharkovites themselves. So I wanted to remember those days better and write about them.

In the beginning there was, as they say, the word. That is, when it was announced that Euro 2012 would be held in Ukraine and Poland. Since then, all of us periodically visited the thought: "What will happen?". And there were bad premonitions, and good ones, of course. But with hope for the best, we were waiting for this football holiday of life, which was approaching, approaching ...

And it came. And now, there is a huge fan zone on the square, football is broadcast everywhere, and motley foreigners walk around the city in crowds. And no worries! The whole city is filled with joyfully orange, and periodically - white, green, red and other all sorts of colors. And Kharkovites do not lag behind, they change clothes! How many I saw orange and white fans speaking Russian (orange, of course, more). And their costumes! It had to be something like this! Tailcoats, tutus, orange Santa Claus and even Spiderman! 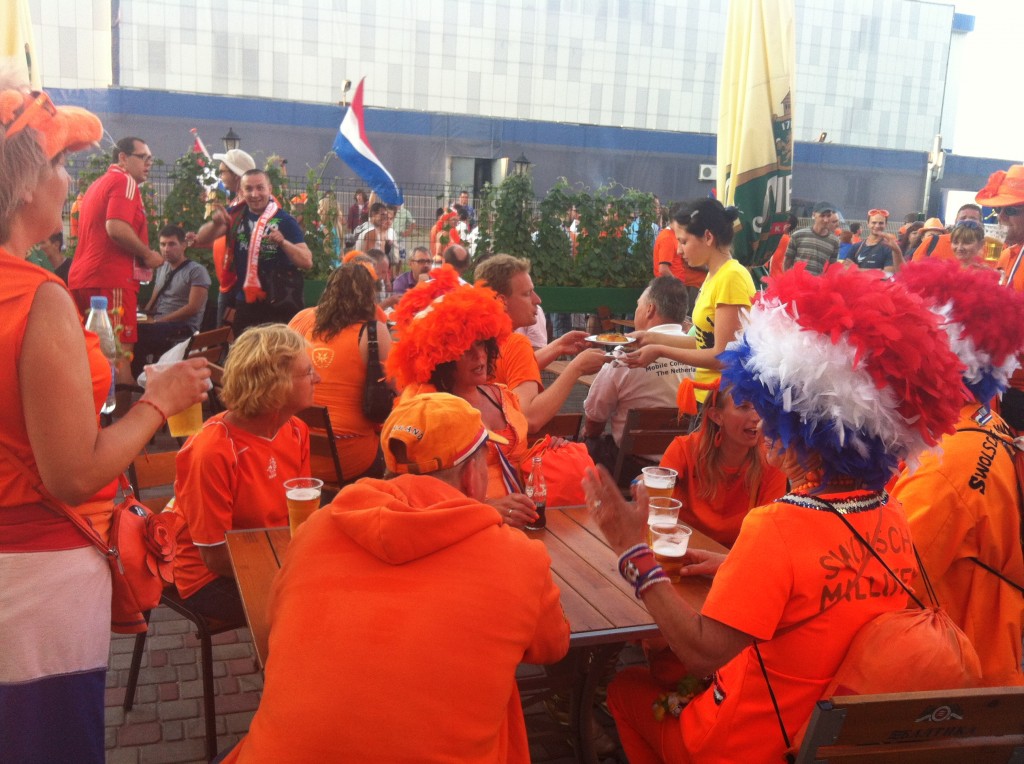 And then everyone left. And it became somehow empty on the streets and a little sad. What do you remember? Cheerful colorful people, colorful flags, Dutch parades along Pushkinskaya Street and football, football, football… With a smile, we look at our own and other people's photos on social networks and on websites where Ukrainians mixed with foreigners are depicted. The main thing is that both we and they liked that they even bought the billboards !

So why not remember more? Forward, to meet positive emotions! 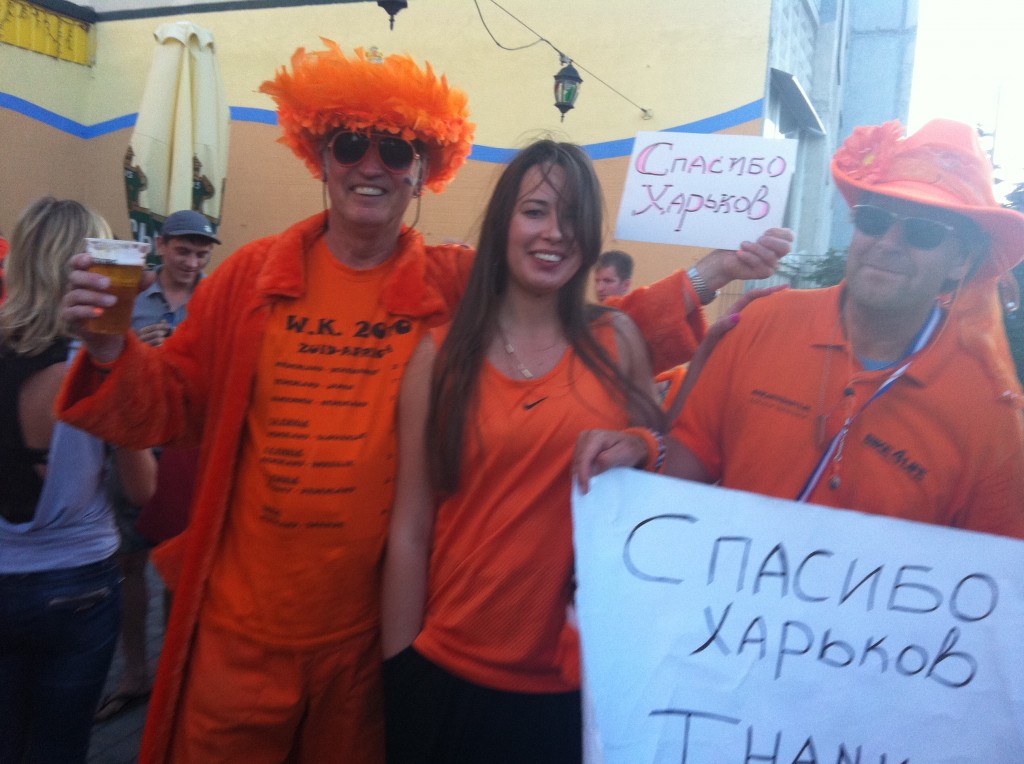 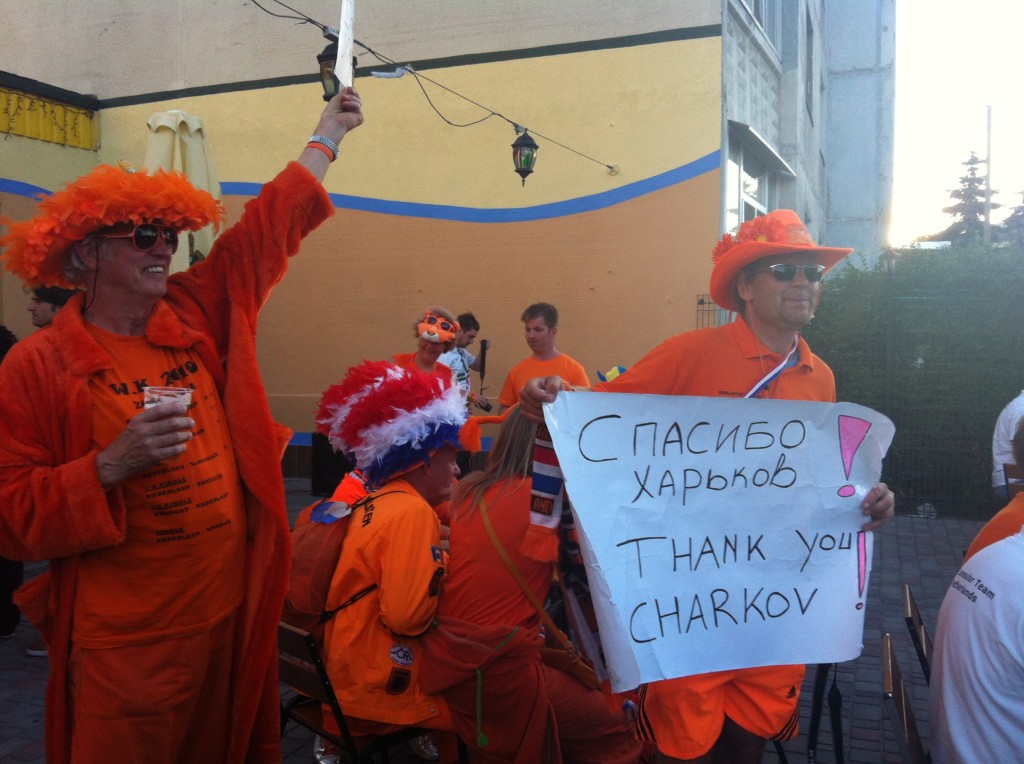