On July 14, Odessa was very hospitable - starting from the grandfather in the tram and Breus Street, which is named after the Soviet cosmonaut, and ending with songs accompanied by a guitar in the company of one of the 8P speakers. But seriously, yes, we are happy to share our impressions of such an important event in the world of Ukrainian Internet marketing as the 8P conference, organized by Netpeak and attended by about 800 people this year.

Moreover, the audience of the conference were both business representatives who are interested in the Internet as a new effective channel for promoting their goods and services, and seasoned SEOs who know firsthand what a Penguin or a Panda is.

The conference consisted of 5 streams:

And now we report on the reports that we managed to listen to.

About “ Is the Penguin so scary? ”said Konstantin Leonovich, manager for working with partners of the Sape.ru exchange. Konstantin emphasized the importance of a variety of links and anchors when promoting a site, linking to real addresses, and gave an email to which you can send questions in case the site suffered from search engine innovations while promoting purchases in Sapa.

Trusted Internet Marketing. Why the audience wants to be a part of the process ” - Oleksandr Fedotov, Head of Complex Projects Department at Ashmanov & Partners Ukraine, focused the attention of the audience on the importance of fresh content, reviews, and favorable design, as well as a small amount of extraneous advertising. After all, customer confidence depends on everything - on the completeness of the description of the company, the availability of contact numbers and addresses, recommendations and, of course, the position in the top 10 for the main search queries, not counting the overall promotion of the brand. Alexander also gave 2 polar examples of building trust - trust built on a brand and trust built on a person. It's funny that the number of people who make decisions based on the reviews of acquaintances, as always, is ahead of online reviews - 59% versus 45%.

Boris Khodorkovsky, head of Netocrat Communications in Odessa, described the main factors of the company's development in social networks in his report " SMM as a significant element of the communication strategy of small and medium-sized businesses on the example of real campaigns ". He indicated that this is not a direct sales tool, and in the absence of a quality product, such development is simply impossible.

At the “ Human Factor ” master class conducted by Dmitry Satin and Olga Gorenko (“UsabilityLab”, Moscow), we conducted a usability audit and blind usability testing for an online children's goods store from Kharkov. As a result, Aleksey (site owner) received a list of recommendations, the correction of which would lead to an increase in the number of online orders, and they agreed to compare statistics on traffic changes and the number of successful orders at the next conference.

" The Importance of Continuous Analytics and Research in SEO ". This was told to us by Viktor Karpenko, the head of SeoProfy (Kyiv). Victor answered several questions of concern to all optimizers, which will help not to depend on innovations and changes in the work of search engines. We also found quite interesting the results of Victor's own SEO experiments aimed at getting the site out of the Penguin anti-spam filter. Noted ;) 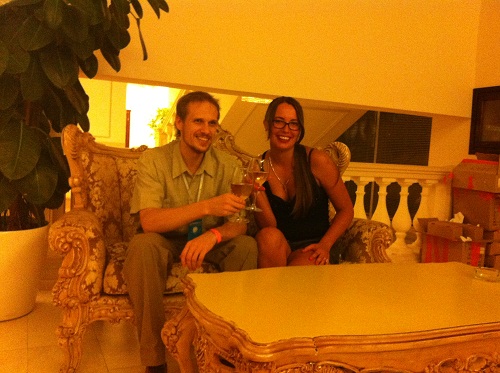 " Don't panic! It's just Penguin. Google's latest anti-spam algorithm " - a report by Sergey Koksharov, an expert analyst in the field of search engine optimization of sites and part-time author of the well-known blog devaka.ru . He analyzed the sites affected by innovations on "live" Ukrainian examples and the reasons for their suffering, as well as methods for solving these unexpectedly acquired problems. Sergey emphasized the importance of anchorless links in the link mass, said that out of 150 sites participating in his experiment, none of them left the filter with links alone.

Sergey amused with his observation that many Ukrainian companies changed domains immediately after the penguin, for example, Slando moved from .com.ua to .ua under the Penguin”, to which Devaka shared with the audience the information that the “bourgeois net” already had a service for removing links, and this service costs more than posting links - $ 850 per week. 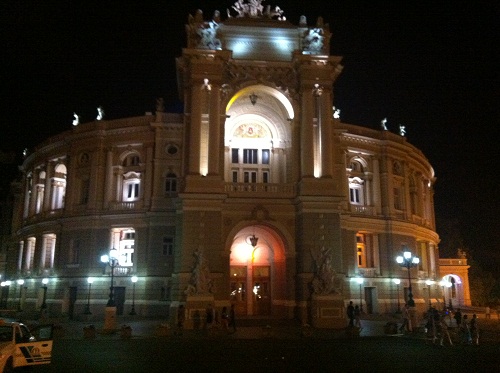 “ Classmates. Who is there and how to make money on it . Liliya Gorelaya, managing partner of the OS-Direct marketing group (Kyiv), revealed the secrets of doing business in social networks and the features of users registered in them. Thanks to Lilia, let's start mastering this social network, reach out to the bedside table on which the money lies.

Then there were round tables, a prize draw, an after-party with wine and interesting conversations with speakers and, of course, an exchange of business cards. As an after-after party, we had songs with a guitar and communication on the topic of building a brand visiting Odessa Yaroslav Trofimov (Head of Inspire metamarketing, author of the book Branding and Identification of the Present and Future). 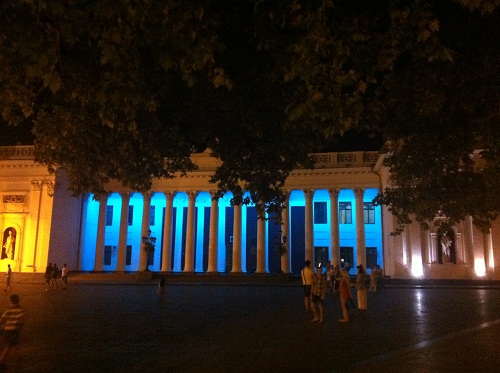 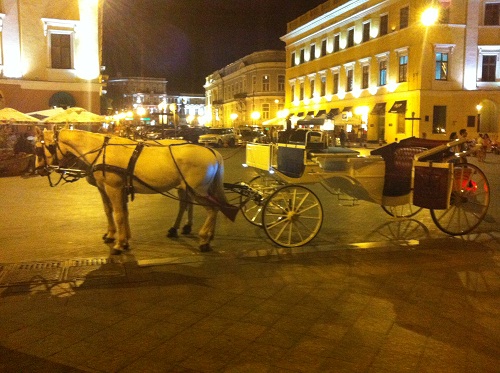