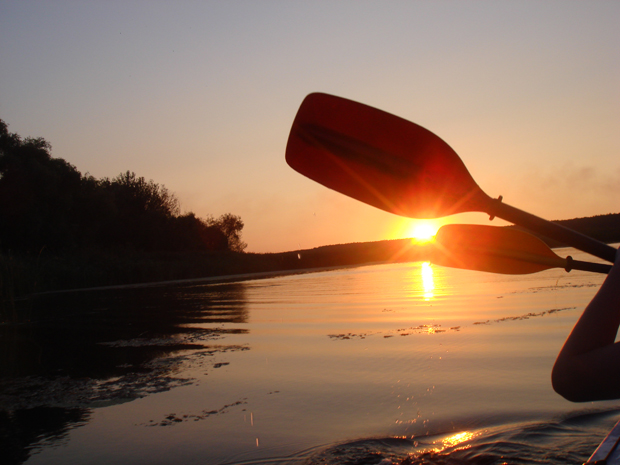 Here it is - a photo report from our summer corporate party! For most of the "sharks" this swim was a debut, it was not without extreme sports, but everyone remained safe and sound.

It took us a long time to decide in what format to spend our traditional summer vacation together, and for the middle of August we planned kayaking along the Seversky Donets. The extreme began in the morning, because we had to force ourselves to wake up at 5 to get to the agreed assembly point. And it's on Saturday! Let's be honest: there were latecomers, but we will not reveal their identities to anyone. 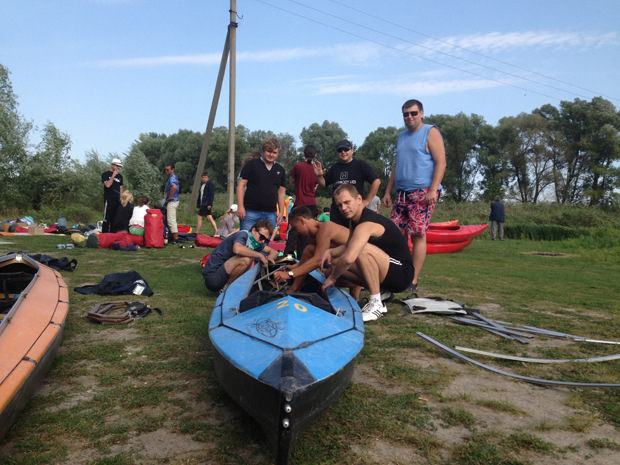 We reached the place of the swim early in the morning. Fresh and windy weather didn't foretell active sun, but you can now recognize the Webakula team by the typical tan of kayakers with red “sleeves” and white “gloves”. Active recreation in nature began with an acrobatic element performed by Stanislav, the vice-president of the company. Most likely, the rondat was specially calculated by him so that the shorts would be elegantly torn during the somersault, since he prudently took a change of clothes with him.

How many developers, designers and managers does it take to assemble a kayak? We look, we count, we draw conclusions. 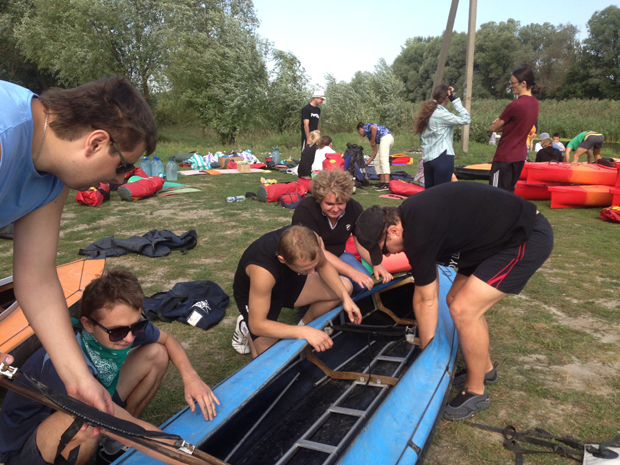 Of course, there was a “crutch” familiar to all developers: the missing part of the kayak had to be replaced with an ordinary branch. 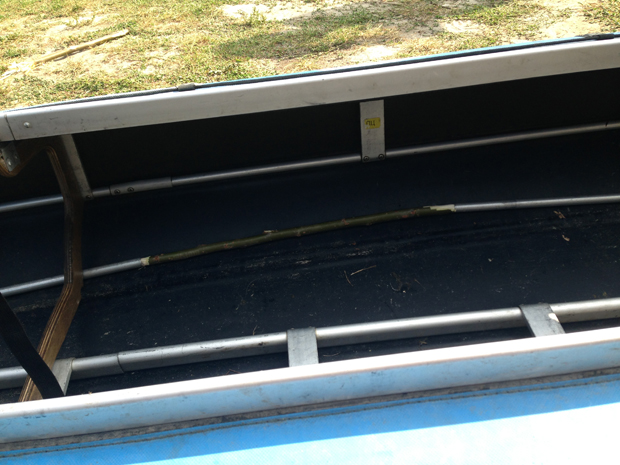 The girls prepared sandwiches faster than the male part of the team assembled the kayaks, but we found something to do. 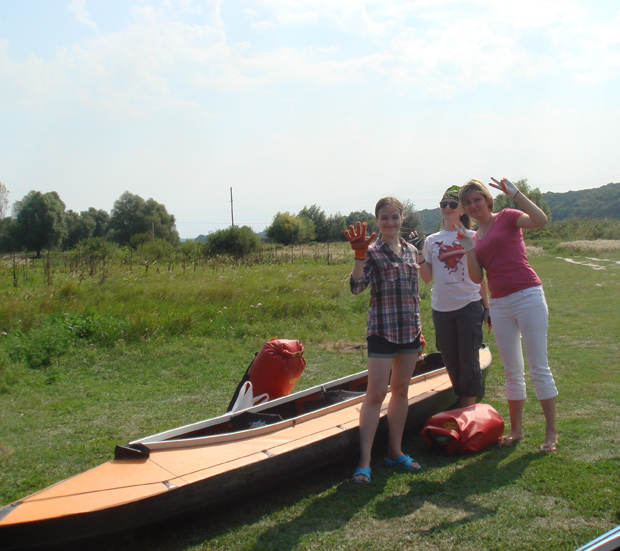 Each self-respecting employee of Webakula considered it his duty before the start of the rafting not only to try on the oar, but also to take a photo with him as a keepsake.

And here is the same thing, the legendary black and white SEO: Olga and Vadim are already looking out for competitors to give them a due rebuff ... with an oar. 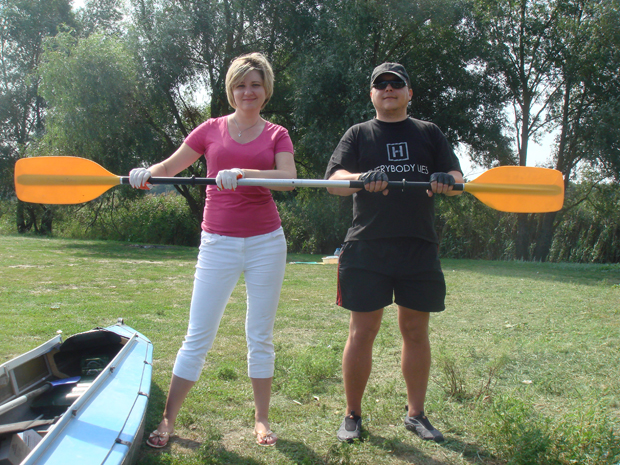 The guys are not in vain so joyful in the photo, apparently, they were already looking forward to victory, it was this team that finished first. 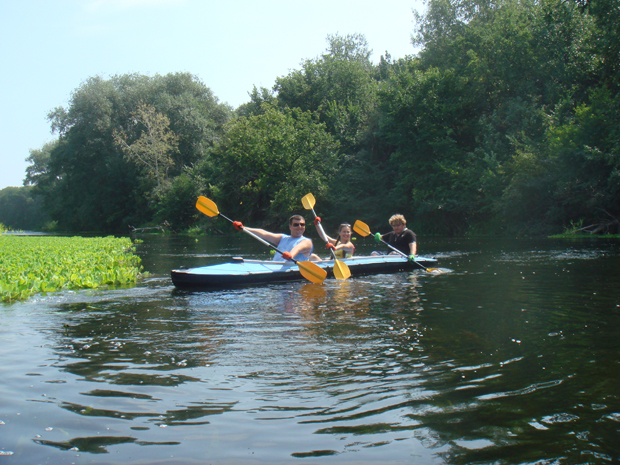 We swam notably: we had time to admire the white lilies, and get acquainted with the local fauna, and even catch up with a boat left by chance unattended. The fugitive was almost flooded, but in the end everything worked out. Stress was removed on the shore during a delicious and hearty lunch of porridge, barbecue and vegetables. We tossed out a few partecks for a fool, played with frisbees and hurried to the final destination of our mini-rafting. 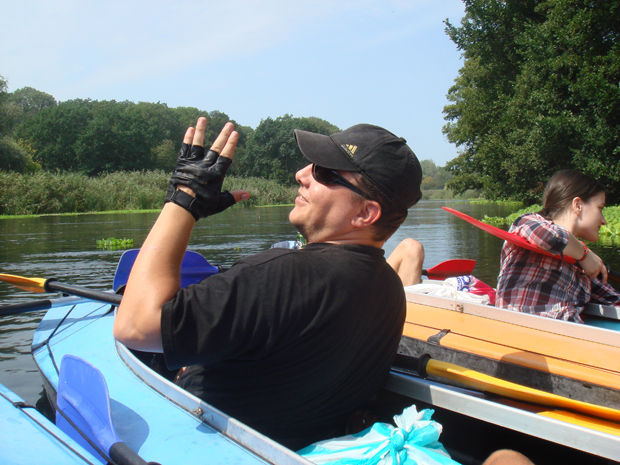 After everything we saw, did and experienced in the waters of the Seversky Donets, we still lacked extreme sports, so we periodically built a kind of trimaran from kayaks. We even managed to paddle a couple of meters for fun in a tandem of two kayaks, that's what teamwork means. 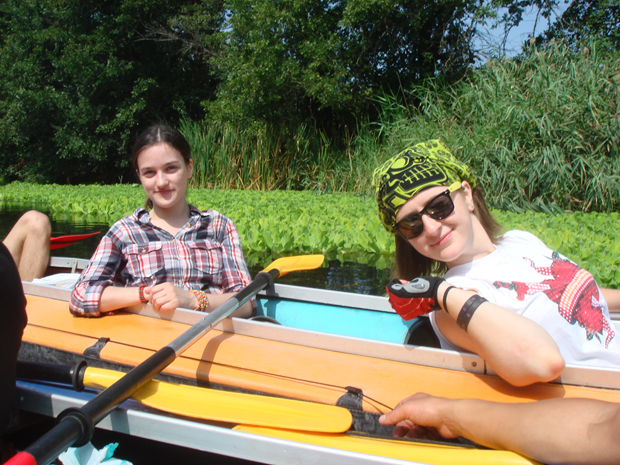 It all ended very romantically, under the soft light of the setting sun, we spit watermelon pits at annoying mosquitoes. 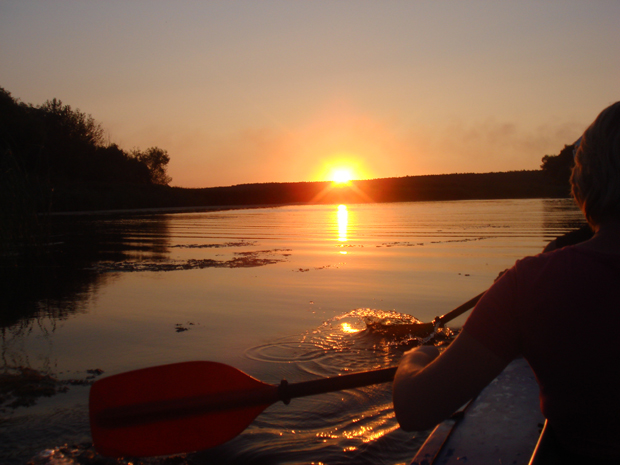 On the way back to Kharkov, an epoch-making, one and a half hour dispute flared up between our developers. The discussion of sports and proper nutrition smoothly turned into the mainstream of the eternal theme of the fight against laziness. Whether it was possible to convince the athlete, activist and simply beautiful Ksyu of our programmer Sergey to go in for sports, only time will tell.

Light strength, positive emotions and an invaluable rowing skill that has not been developed, but already clearly outlined - we can safely say that the rest was a success in all respects! Although not everyone seemed to find the fusion an easy undertaking, it certainly appealed to everyone. And how could it be otherwise? We are sharks.