Graphic design is a professional artistic discipline whose goal is to create the most harmonious and effective visual communication environment. Creation of corporate identity, logos, advertising posters, fonts, as well as web design, design of newspapers, magazines and the visual style of television programs are categories in which graphic design tasks can be classified. The people who developed this discipline led us to the kind of graphic design for magazines, TV shows and websites that we have now. This and the following articles are dedicated to them.

Leo Burnett is known as one of the most creative people in the advertising business. Time magazine also named him one of the 100 most influential people of the twentieth century.

The basis of Burnett's advertising philosophy was the concept of integral efficiency invented by him. Burnett believed that every product has some inherent effective component that compels the manufacturer to produce this product, and the consumer to buy.

It was this property of the product that Burnett singled out in each advertising campaign, emphasizing in posters and slogans.

Among his clients are such well-known companies as Marlboro, Coca-Cola, McDonalds, Walt Disney and many others. Thanks to his perfectionism, creativity and advertising concept based on love and respect for people, Burnett became one of the key figures in the history of the advertising business, and today his name is firmly associated with success and innovation in advertising. 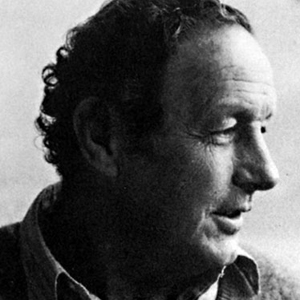 One of the key figures in graphic design in the mid-twentieth century was the Swiss Armin Hoffman. As a designer and teacher, Hofmann has had a significant impact on originality and integrity in international graphic design.

At the age of 27, Armin Hofmann completed his studies in lithography and became a teacher of typography at the Basel School of Design. His colleagues and students, having become an integral part of Hofmann's work, played a significant role in the development of the Swiss International Style, which strengthened the belief in the absoluteness and universality of graphic design.

The design style they created used new layout techniques, photomontage and experimental composition, and sans serif fonts with protruding elements also became a distinctive feature. All this made it possible to achieve the main goal of designers - effective communication.

Hofmann considered posters to be one of the most effective forms of communication. He devoted most of his career to their development. Hofmann outlined the results of his work, the principles of philosophy and practice in the Graphic Design Guide, a work that is still a reference book for many graphic designers of our time. 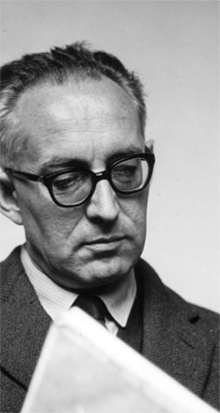 In addition to Hofmann, Emil Ruder helped shape the look of Swiss graphics. He was one of the first to abandon the rules of typography and create completely new ones that were more in line with the spirit of the times.

Ruder perceived the sheet not as a paper base, but as a harmonious complement of white to black. In his opinion, symbols and words form a readable array of text on the space of the page, at the same time being moving figures against the background of the sheet, and typography turns them into a kind of theater with a stage and characters. His book "Typography" contributed to the spread of the so-called Swiss style, and became the basis for graphic design in Europe and North America.

Ruder also taught at the Basel School of Design - by organizing a class in which graduate designers had the opportunity to improve their skills, he transformed it into a design training center that produced many internationally recognized specialists. He also helped found the International Center for the Typographic Arts in New York. 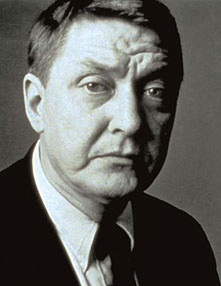 Born to British parents in New Jersey, Robert Brownjohn has had a successful career both in America and Britain. The huge potential of Robert became noticeable already in his student years while studying at the Institute of Design in Chicago. The peak of his professional career in the United States can be considered 1957 - the date of the founding of the design firm BCG (Brownjohn, Chermayeff & Geismar).

Despite the success of the company, in 1959 Robert left BCG, now called Chermayeff & Geismar, and went to London.

In London, he also expects significant success and collaborations with such famous brands as Pirelli and MidlandBank, while Brownjohn creates the cover for the Rolling Stones album “LetitBleed”.

For a detailed chronology of Robert Brownjohn's life and work, see Robert Brownjohn: Sex and Typography, a catalog prepared by Emily King for exhibition at the Design Museum in London.