We continue to develop the theme of graphic design and its outstanding personalities. 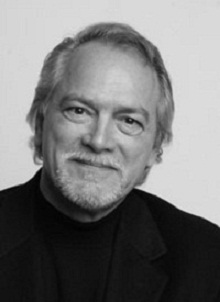 Steff Geisbüller is one of America's most renowned integrated branding designers. His works are well-known corporate styles such as Merck, Time Warner Сable, NBC, Telemundo, Voice of America, Toledo Museum of Art, National Parks of New York Harbor, Crane&Co. and May Department Stores Companies. He was a partner and lead contractor of Chermayeff & Geismar Inc. for 30 years, after he founded his own company C&G Partners.

Steff has designed the IBM Building in New York City, a complete sign system for the Universities of Pennsylvania and Connecticut, printed materials for the Alvin Ailey Dance Theatre, Mobil, Philip Morris, Cummins Engines and Morgan Stanley. He has also designed the Smithsonian Bicentenary Exhibition, the Sports Illustrated at the Olympic Games exhibition, designed a new style for the New York Public Library ( http://www.nypl.org/ ), the New Victory Theater and a series of posters for the New York Ministry of Culture.

Now the logo of the National Parks of New York Harbor is the most discussed on the Internet along with the corporate identity of Gorky Park.

The leadership of Gorky Park made accusations about the presence of the same idea in two styles and the similarity of techniques. Lebedev's letters were also sent for examination - the "primer font" had already been used for New York state parks. It is too early to talk about copyright infringement, but it is possible that litigation is possible.

In 2005, Geisbüller's work was awarded the American Institute of Graphic Arts medal for his significant contribution to the improvement of design art and the development of the profession. 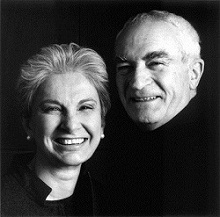 Italian Massimo Vignelli was born in Milan in 1931. It was there that he first studied art and architecture until he moved to America in 1957. In 1967, together with his wife Leila Vignelli, he created the Vignelli Office of Design and Architecture in Milan. In 1971 they found Vignelli Associates and in 1978 Vignelli Designs.

His work spans almost every area of design, including advertising, branding, packaging design, industrial, interior and architectural design. Vignelli is a big fan of modernism and his work is always very clear and free from superfluous material and fuss. He is also a big fan of the Helvetica font, which he often uses in his work.

The first notable foray into identity and branding was with Unimark International, which quickly grew into one of the largest design studios in the world. Massimo has designed corporate identity for international corporations, including American Airlines (the only airline that has not changed its style in the last 50 years), Bloomingdales and Knoll.

His work has been published worldwide and some are even in the permanent collections of various museums including the Museum of Modern Art, the Metropolitan Museum of Art ( http://www.metmuseum.org/ ) and the Cooper-Hewitt Museum ( http://www. cooperhewitt.org/ ). Together with his wife, Massimo created a huge number of excellent design projects, many of which are still relevant today and continue to develop through their work in New York. 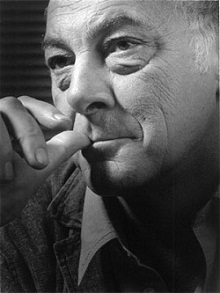 Alan Gerrard Fletcher is a British graphic designer. Fletcher founded the Fletcher/Forbes/Gill design company with Colin Forbes and Bob Gill in 1962. One of their early publications by these authors (in 1963) was Graphic Design: A Visual Comparison.

The list of notable clients included Pirelli, Cunard, PenguinBooks and Olivetti. Gill left the partners in 1965 and was replaced by Theo Crosby, so the company became Crosby/Fletcher/Forbes. Over time, two more new partners joined, and the company evolved into the famous "Pentagram", acquiring such clients as Lloyd's of London and Daimler Benz.

Much of Fletcher's work is still in active use today. The 84-dot Reuters logo that Fletcher created in 1965 was only changed in 1992. The 1989 V&A logo for the Victoria and Albert Museum ( http://www.vam.ac.uk/ ) and the IoD logo for the Institute of Directors ( http://www.iod.com/ ) are still used today.