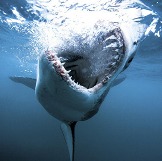 Search engines systematically and firmly continue to deal with excessive website optimization . As in any field of human activity, unfortunately, in SEO there are vivid examples of "excesses" on the way to the coveted TOP-10. At this stage of the confrontation between optimizers and search engines, Yandex made its move. Literally one of these days, a new search algorithm should be launched, the task of which will be to remove re-optimized pages of a wide variety of Internet resources from the index.

First of all, it concerns the excessive number of keywords used on one single page. Actually, relatively "white" SEOs have not been messing around with this parameter for a long time, but as they say, a bold point will be put in the case.

The second factor in the lowering of page positions, the presence of which will be revealed, will be too large a content size on an optimized page . The developers of the algorithm considered that the average Internet user does not master more than 2000 characters and closes the page. Thus, text "sheets" for 100,500 characters will be mercilessly thrown out of the TOP-10.

In this regard, we can offer a couple of recommendations for optimizing texts on promoted pages:

By adhering to these parameters, the optimized article will get as close as possible to the " text for people " level, which means that the risk of falling under the filter will be minimized. In addition, you can make up for additional internal text optimization by increasing the internal thematic pages of the site that will link to the main promoted article.