From the history of "folders" 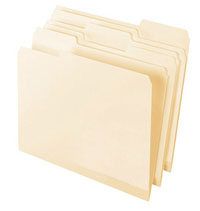 The concepts of "directory" and "catalog" have long been a thing of the past. In a fairly short period of time, the symbol "folder" eclipsed the term itself, which was intended to denote.

Directory (from lat. directory - the route of movement) in a general sense means a certain structure containing a set of specific information. It can be a list of people or a directory of addresses. The folder owes its appearance to the idea to equip the interface of the Xerox Star workstation with symbols that are understandable to an ordinary office worker. And the idea came from the standard stationery of the time. Then the symbol was used by Apple in Apple Lisa.

The prototype for the metaphor was the so-called "manila folder" (manila folder). In fact, this is a bent sheet of paper, inside which documents can be inserted or filed. This type of folder was not known on the territory of the former USSR, so the folder icon was partly a simulacrum, i.e. did not have a substantive part, but only a property. On Win 9x systems, the object appeared to be just a yellow rectangle with a ledge; an abstract thing.

Such an "American" type of folders is made from the so-called. "Manila" strong paper. as a rule, it is not treated with dyes and it retains its natural yellowish-beige color. Therefore, folder icons are often yellow or beige.

The material for the manufacture of folders is smooth enough, there are no coarse particles in the composition of the paper so as not to scratch documents. There are also no chemical active ingredients that can react with photo paper and damage the pictures stored in folders. There is a standard that requires that folders that fall into the water should not stain the contents in any foreign color.

In Windows Vista/7, folders are rotated 90 degrees. This symbolizes a broader interpretation of the concept of "folder" in this system. In particular, it is no longer associated only with a physical directory on disk. 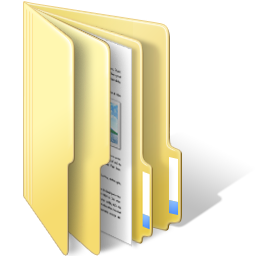