The influence of the era on the image of the logo

When designing a logo, look for inspiration everywhere, and the further away from your field you look, the more original it will be.

Art can be an endless source of design ideas and inspiration. When creating a logo, it is important to know the history of design. In this article, we will look at some of the art movements and the logos they have influenced.

You will be pleasantly surprised how shapes, colors and other attributes of a particular artistic style can be easily used in logo design. And perhaps you will draw inspiration for your creativity.

The Bauhaus School of Industrial Art was established in 1919 in Germany. The main idea of the Bauhaus is to leave only the main elements in the design, removing all unnecessary details. The design should be simple, making it memorable. Primary colors are black and red. This creative minimalism can be found today in logo designs such as Faboo Taboo and Axion. 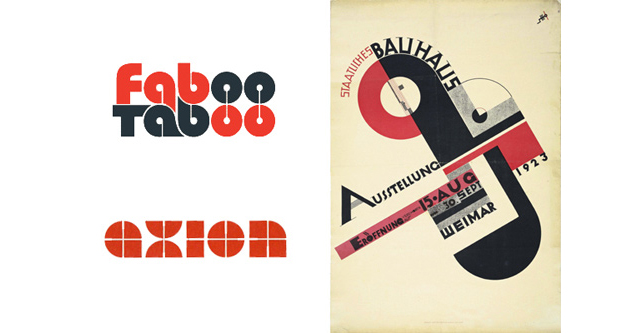 This artistic movement originated in Paris in parallel with the Bauhaus style. This style preaches the richness of materials, the elegance of forms and the power of color. Artists of this style in their work follow the geometric foundations of architecture. Art Deco was at its most popular in the 1920s. and fully reflects the extravagance and luxury of this era.

A.M. Cassander, one of the representatives of this style, gained recognition after creating a logo design for fashion house Yves Saint Laurent. The Pivolo poster by the same author can be considered a good example of the Art Deco style. 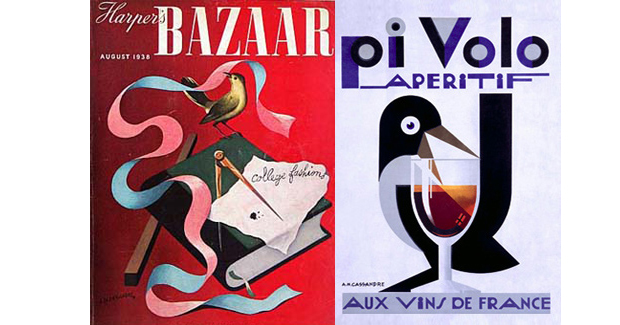 Dadaism originated during the First World War in Zurich. The main idea of the style is the rejection of "ordinary" art. This artistic direction was an expression of protest against the war. The founder of the Dada movement was the French artist Marcel Duchamp. Dada, as the style was also called, challenged all the rules in design. The main idea of Dadaism is the destruction of aesthetics. The Dadaists argued that a world that had descended into violence should have art that would reflect that state. 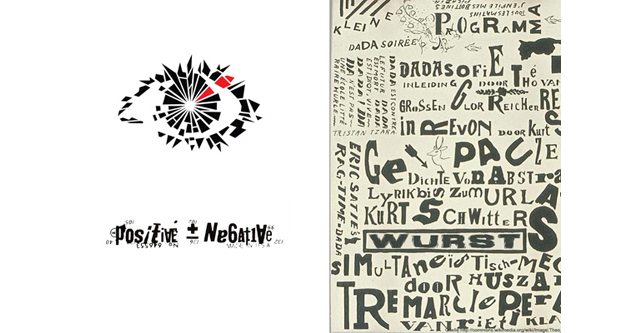 This style gained popularity in the 1960s. The basis of this style is a variety of figures with clear, hard edges, often colorful. The best representative of this style is the American artist Frank Stella. Today, this impersonal, purposeful art style can be seen in many logos, such as in Optic: Split Stitch Division.

Pablo Picasso is the first in the history of stethography. He first used this style in a self-portrait. In order to get the desired effect, Picasso worked in a dark room with different light sources, including a camera flash.

Light painting is a mixture of theater and graffiti. Light painting can be imitated by means of modern graphic editors. The result is an attractive and original logo. 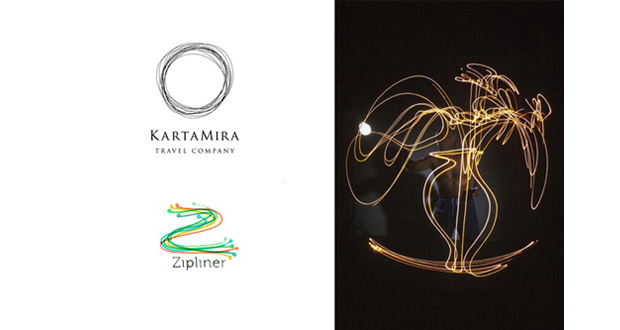 This direction in art is based on African culture. In order to convey the aesthetics of African art, use abstraction, distorted proportions, ethnic ornaments, and bright colors. For example, a woman's profile can be given additional meaning and depth by using graphic elements and colors specific to African culture. 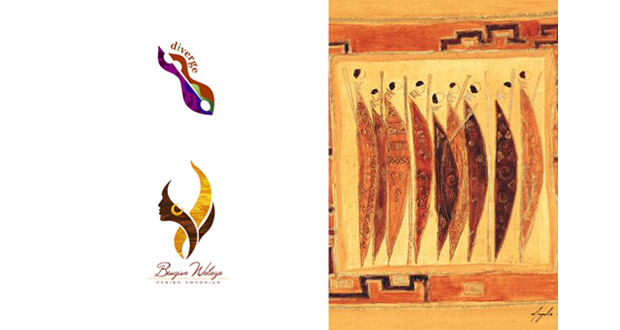 This direction gained popularity in the second half of the 19th - early 20th century. The main features of this artistic style are floral ornaments and natural, "natural" lines. When designing your own logo, you can use a lot of elements of this style. Art Nouveau echoes the Japanese art of woodcarving and Japanese art in general. For example, the work of the artist Hokusai can give many ideas for your work. 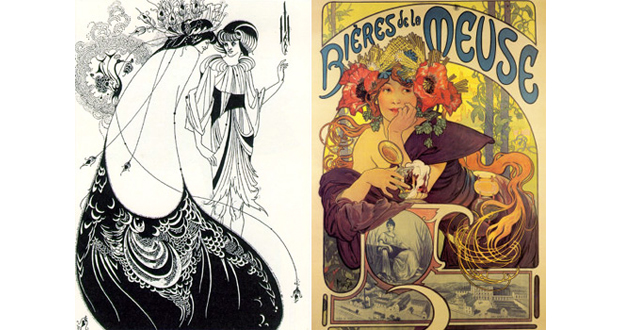