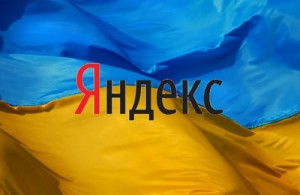 Yandex has long been known in Russia as the most popular search engine. But any company seeks to expand, and so, back in 2005, Yandex came to Ukraine and on September 6 opened its representative office with the main office located in Odessa.

From that moment on, its rapid development began on the territory of Ukraine, pushing the rest of the search engines aside.

The main goal of Yandex at the beginning of its development in Ukraine was contextual advertising - telephone conversations are enough to sell advertising, and the company's owners seized on this idea as a method of creating local start-up capital for development. The entire interface was in Russian, and only after 2007, when the first Ukrainian search algorithm was launched (which was a separate geo-dependent part of the entire Yandex), it was gradually translated into Ukrainian.

In 2010, Yandex investigated the development of contextual advertising in Ukraine. It turned out that the daily Ukrainian audience of Yandex.Direct was 2.4 million people, and by 2011 it had grown by another 1.2 million . The growth in the number of advertisers in 2010 was on average 100% higher than in 2009, which allowed the company to expand and develop even more rapidly.

After 2010, all kinds of research from Yandex in Ukraine began to appear rapidly. It is understandable - in order to function well, it is necessary not only to know how the search engine works, but also to know the market. For example, in 2011, Yandex analyzed the behavior of buyers in Ukraine, the most popular products, the most popular products purchased for electronic money and product competition.

At the beginning of 2011, the director of Yandex.Ukraine, Sergey Petrenko, said in an interview that going beyond Russia was an important step for them, and Ukraine turned out to be the first "non-Russia", and then other countries. In 2011, more than 100 people worked in Yandex.Ukraine, not including freelancers, and offices were located in one of the largest cities. The only thing that has not yet been implemented is Yandex.Money, since the existing laws of Russia and Ukraine did not allow organizing a convenient working scheme, according to which Yandex.Money could become one international service. 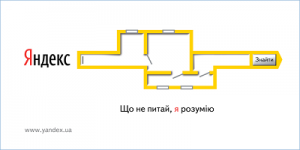 So, in just a few years, Yandex became a fairly popular search engine in Ukraine, and then moved into Belarus and Kazakhstan. Thanks to the advertising campaign "Don't feed me, I'll understand", Yandex gained a huge audience in a very short time, which allowed it to become even more modern. TV channels, billboards, posters and banners were all over Ukraine, announcing the rise of a new Ukrainian search engine. Well, let's wish him good luck in continuing his rapid development!