Adaptation to the touch environment: layout features for iPad and iPhone 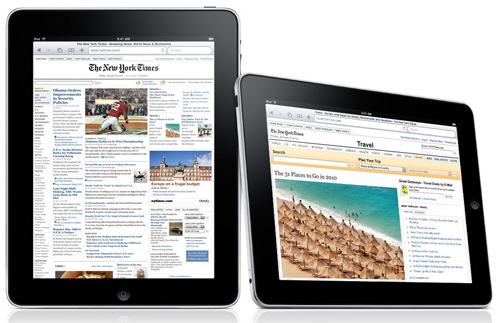 The outlandish invention called "tablet" has long ceased to amaze even the most impressionable inhabitants, not to mention touch phones. Many fans of the "apple company" speak of its iconic devices with special reverence, especially those who have not yet managed to take possession of at least one such device. In Ukraine, the colossal popularity of the company founded by Steve Jobs is undeniable, therefore, it is quite justified to pay more attention to the needs of users of Apple-branded gadgets, in particular to the issues of adequate display of web pages and, accordingly, the specifics of layout for iPad and iPhone .

Order layout for iPad and iPhone

Google impartially and vigilantly monitors Internet users, while not getting tired of publishing its observations of them in the public domain. One of the latest trends noted by the search giant has been the increased popularity of mobile devices and tablets over desktop computers.

Zealous interest in compact gadgets with Internet access is explained very simply - it's convenient. It is much more pleasant to surf the wide expanses of web pages on the couch after a busy day in the company of your favorite iPad or iPhone than to sit down again at the table with your stationary friend. An additional lure for tablet and smartphone users is points with free Wi-Fi, which grow and multiply every day like mushrooms after rain.

Devices of mobile Internet users (GfK Ukraine statistics for the last quarter of 2012):

Statistics never lie, but only give us food for the work of convolutions: smartphones make up the lion's share of all devices using the so-called mobile Internet. Ignoring this fact and the needs of portable device owners is not only unwise, but simply unprofitable.

Any site can survive in the touch environment of Apple products, but it will have to learn a few tricks, such as a form of masking - responsive design . It will still feel like itself in a familiar desktop display environment, but at the same time will try on different configurations and fit seamlessly into the smaller screen expansion size.

Website layout for iPad and iPhone is focused on many behavioral features of these devices. Let's list some of them.

What benefits will adaptive layout for iPhone and other mobile devices bring? First of all, this is a juicy and tasty trophy in the form of iPad and iPhone fans, and this is no longer a small percentage of fresh, active, technologically savvy and, most importantly, satisfied with the adaptive design of users.